The African Continent
by Caroline Coxe

Kunstistoriches Institut in Florenz is a research institute dedicated to Italian art history and architecture. It was founded by a group of German scholars in 1897. With its Phototeca it has one of the largest photographic libraries of Italian art, which features work from late antiquity to the modern age. These photos are used for individual research, as well as collaborations with other institutes and museums. The institution has engaged in several projects that examine de-colonizing the archive and the art historical lens.

In this photographic library, the institute has a collection of documented examples of Continent Allegories in the Baroque Age. The continent allegories were created by humanists in the late renaissance as a visual shorthand way of depicting the world in a single image. This concept had existed prior to the Renaissance, but it was the humanists who standardized the iconographic characteristics of the continents, and developed the personifications of each continent. The personification of the four continents became an important iconic scheme that was integrated into art and architecture throughout the Holy Roman Empire. The images document examples of continent allegories specifically in immovable media, such as fresco and stucco present across Italy. 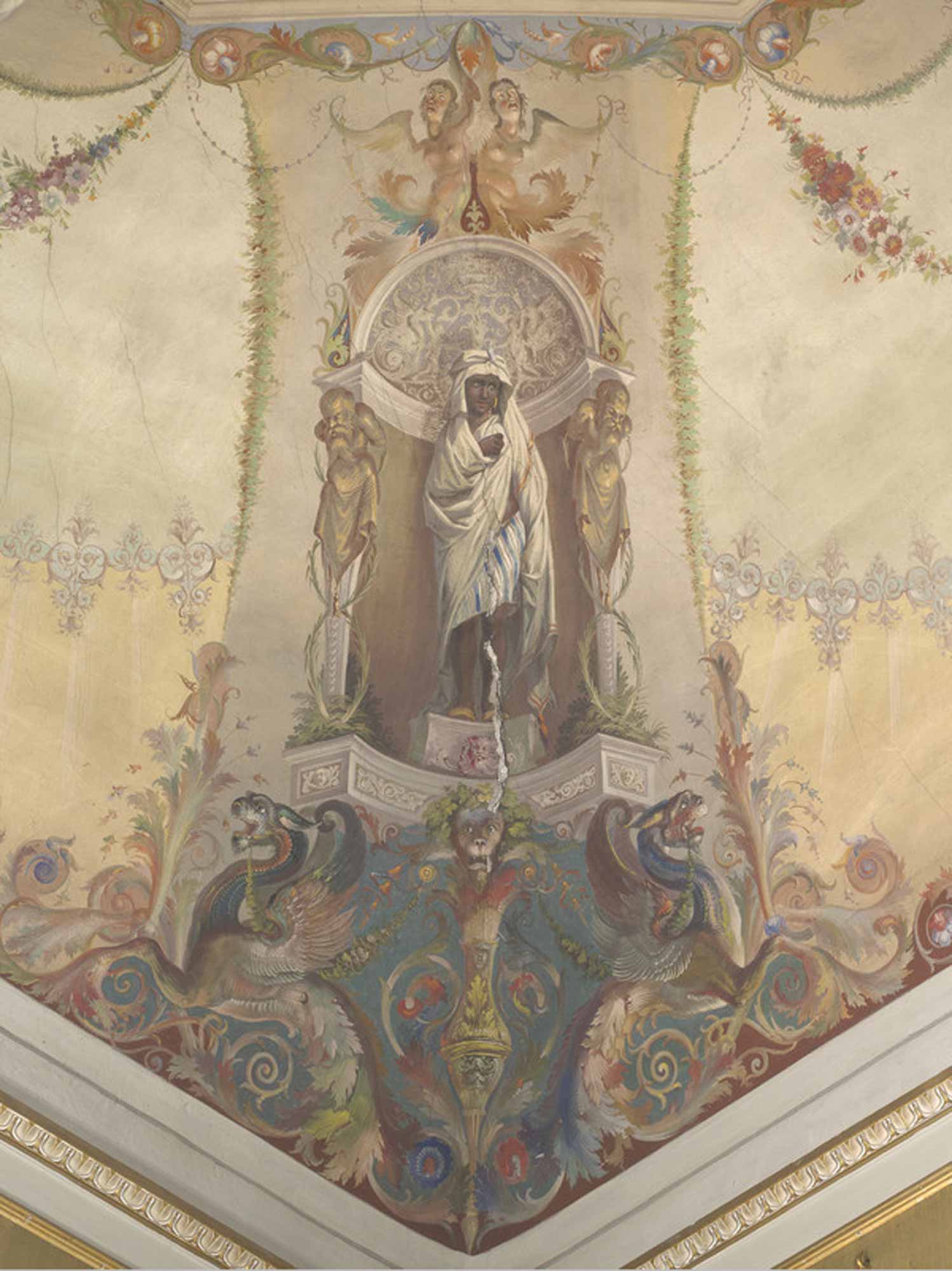 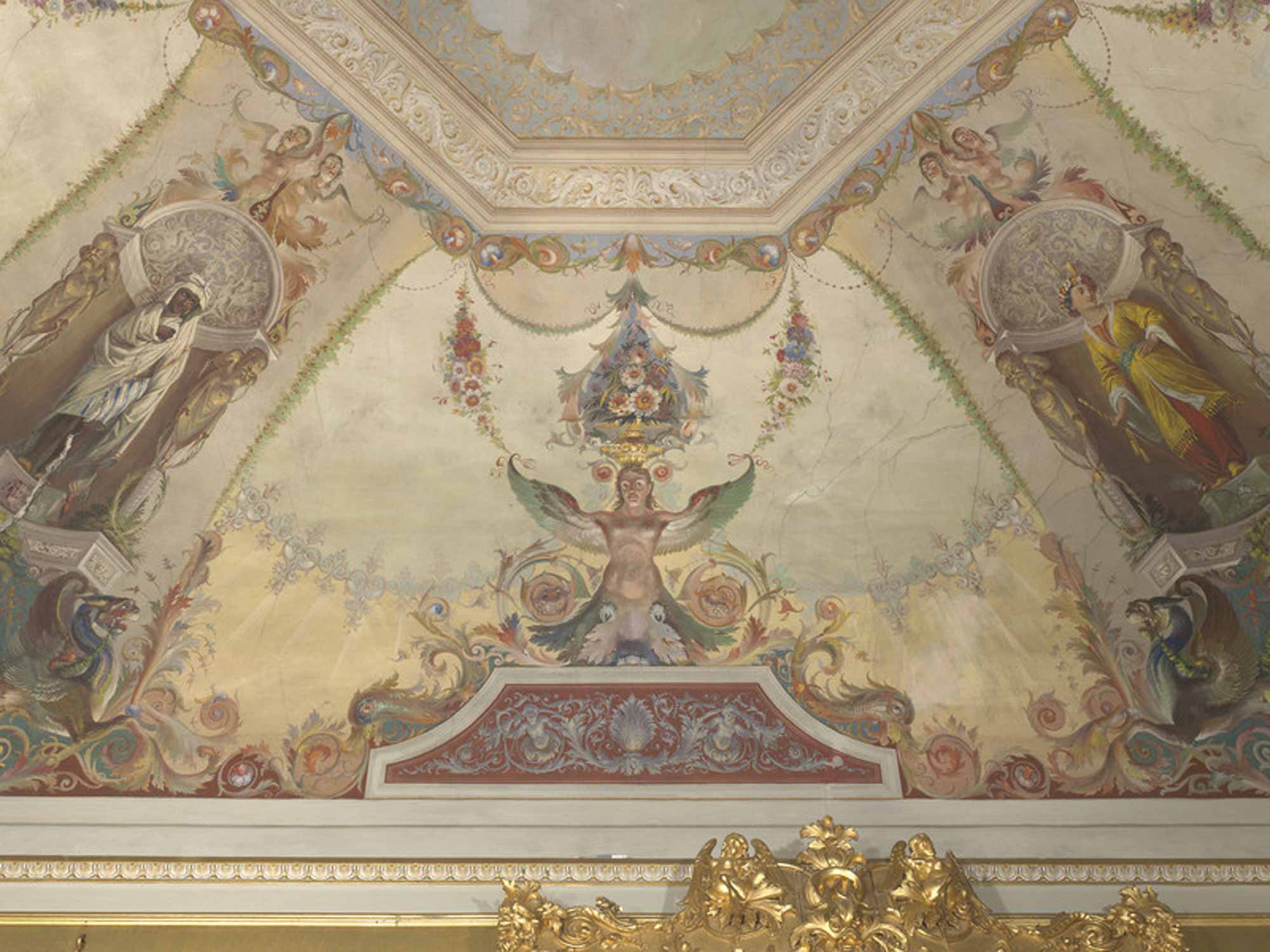 The iconography of each continent was developed through a European lens, and thus incorporated a lot of biased stereotypes, and erased a lot of indigenous cultural practices. The most common context that the continent allegories are found is in churches. The images frequently appear in paintings representing the glorification of Mary by the four continents. One group of images from the archive is labeled Pucci Ottavio 1879 and is of a ceiling decoration present at the Palazzo Pandolfini in the Sala Geografica. The image portrays a shrouded African Woman holding a golden palm frond. The painting is situated in one of 4 ornate corners of the ceiling. Remeniscent of the icons of the Black Madonna, her striped blue and white skirt which peeks from behind the shroud may allude to the well-known indigo died fabrics oft associated with West Africa. The shortness of her skirt revealing her bare legs just beyond the knee stand in contrast to the other women represented who are heavily covered in billowing fabrics. There is a sexualization of this figure who glances off to the side with a playfully shy stare that sets against the stoicism of the representations of the other continents. The effort of this type of image is to centralize Christianity showing its domination over other religions and its prowess across the globe while upholding several beliefs around Blackwomanhood across the colonial period.

We see similar striped fabric draping another representation of Africa documented in the collection of a lesser known origin. This figure is seated upon a lion and holds an ivory tusk. The familiarity of African ivories was spread across the world with holdings in the Medici family from as early as the 1500’s. In this specific image, the personification of Africa the more typical stereotype that utilizes goods and animals from the continent to speak to a domination through christianity over a savage territory is embraced.

The painting and sculptural representations of personifications of the continents that litter art history and decorative arts more specifically are an important insight to the codified representations of a continent that has submitted to christianity and are an important visual representation of the way in which colonialization was justified to an audience far away in the colonizing countries. This collection of images is only the surface of this subject which needs critical de-colonizing scholarship as the blockish stereotypes of the protrayal of a continent summed up in a single figure has striking similarities to the flattening of African identities in the contemporary Western gaze.