Ahmet Öğüt was born in 1981 in Silvan, Diyarbakir, lives and works in Amsterdam and Berlin. He is the Initiator of The Silent University – a solidarity based knowledge exchange platform by displaced people and forced migrants. It is led by a group of lecturers, consultants and research fellows and works since 2012 as an education platform outside of the restrictions of migration laws, language limitations and the other bureaucratic obstacles. In his artistic work Ahmet Öğüt takes up topics such as structural inequality, state oppression, and various forms of resistance. He has widely exhibited on international scale.

Making the invisible visible is something that often happens in the work of Ahmet Ögüt For the Art Encounters Biennial 2019, he has made an illusionistic painting placed in the middle of a pedestrian street in the city center of Timisoara. It is the poorly visible Ottoman history of the city which is evoked here: the Turkish ruled the city 1551-1716 but there are very few visible traces in the urban landscape. Even less in terms of the population. Neither is it a heritage which is alive among the inhabitants. Having consulted local historians and visited the rare remnants from the Ottoman era, Ögüt has revived this history, emphasizing two aspects of which are “doubly” invisible, namely the Socialist heritage and the women’s liberation movement.

The painting shows, as if in an archeological dig in the ground, an Ottoman style living room decorated as the meeting room of the Ottoman Socialist Party (1910–1913), founded by Hüseyin Hilmi Bey (1885-1922). The founder is there himself, and next to him is Nuriye Ulviye Mevlan Civelek, one of the leading founder of the Ottoman Society for the Defence of Women’s Rights (1913). In late 19th-century Ottoman society a small circle of educated women started to become involved in public debates about women’s rights. Several issues of a feminist Ottoman magazine were published, run and owned entirely by women, and printed in Istanbul between 1913 and 1921. This was the first magazine to publish a photograph of a Muslim woman without a veil and with a name, which makes it a significant source for the history of the feminist movement. 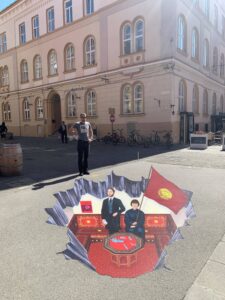 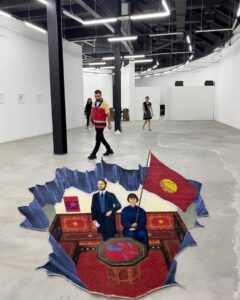 Possibly Self-Made Mail Art Archive is a work commissioned by Blitz and prompted by the artist’s discovery of a number of old Maltese envelopes carrying special graphics and stamps. The graphics were probably devised to produce a connection between Malta and the rest of the world, whether by promoting a political stand towards social work, or celebrating women’s year and youth movements. This work taps into Ahmet Ögüt’s interest in what he calls “social readymades” – existing objects with a specific social function that he repurposes in the context of the art space. The envelopes are more than simple carriers, offering a blank canvas to convey political messages across the country and beyond its borders, well before the striking expansion of the “society of images” during the Information Age that characterizes our times. When found, the envelopes are anonymous relics, but in the artist’s hands they become a tool for remembering and question who we are today through the lens of the past. As they re-enact their original mission of linking local and global narratives within the artist’s political agenda, the envelopes also reveal his attempt to invoke a space for both the symbolic realm of radical art history and daily social interaction. 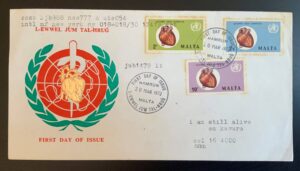 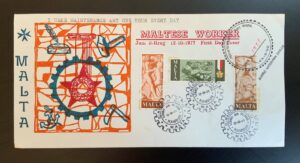 Photo-collage series, informed by archival pictures. The series of six collages depicts people attacked by police dogs during historical protests superimposed upon images of destruction taken by the artist himself in Istanbul, Belgrade, Diyarbakir, Sao Paulo and Beirut. The title of the work was inspired by the slogan “We Won’t Move!” (“Ons dak nie, ons phola hier”) that was used by Sophiatown residents during the 1955 forced removals, and that was engraved in public memory by the eminent image by Jurgen Schadeberg. Commissioned for satellite artistic intervention for the art and research project “Giving Contours to Shadows” at Parking Gallery VANSA. 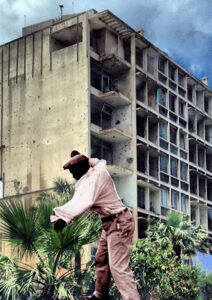 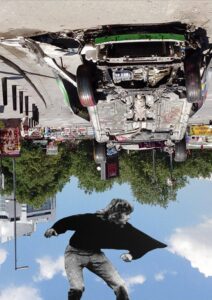