Alessandra Ferrini is a London-based artist, researcher and educator. Her practice is rooted in lens-based media, anti-colonial and memory studies, historiographical and archival practices. Her research investigates Italian foreign and racial politics, notions of resistance, self-reflexive and positioned cultural activism. In particular, her work is concerned with questioning the legacies of Italian colonialism and fascism, with a specific interest in the past and present relations between Italy and the African continent. Her work has featured in international exhibitions, screenings and conferences, including A-i- R Wro (Wroclaw European Capital of Culture, Poland in 2016), 16th Rome Quadriennale (Rome, 2016-17), Document Film Festival (CCA Glasgow, Scotland in 2017), Royal Anthropological Film Festival (Bristol, United Kingdon in 2017), Manifesta 12 Film Programme (Palermo, Italy in 2018), 6th Taiwan International Video Art Exhibition (2018 – 19) and Sharjah Film Platform (United Arab Emirates in 2019).

InteRGRace, Interdisciplinary Group on Race and Racisms (University of Padua) has been conceived and established as both an academic research group and an independent cultural association to advance and foster knowledge on race-privileges, racisms and good practices against all intersecting discriminations and oppressions both in Italy and abroad.

Omar al-Mukhtar (1885 – 1931) was the leader of the organised resistance against the Italian colonisation of Libya (1911 – 1943). He became the symbol of Libyan people’s resilience and has been greatly celebrated and exploited both by Gaddafi’s regime and the armed groups currently fighting over the control of the Libyan territory. In Italy, his name remains unknown – yet, it briefly appeared in the media during Gaddafi’s first visit to Italy in 2009. Sight Unseen explores the concealment and appropriation around the memory and documentation of Mukhtar’s final days and spectacularised state killing through analysis of visual and material culture that has been subject to either manipulation or obfuscation in Italy. These materials include the most complete – but legally unpublishable – series of images of Mukhtar’s capture and execution; Mukhtar’s contested glasses and purse, the Hollywood production The Lion of the Desert and Monumento al Carabinire, a memorial to Italian armed forces in Turin. In this way, Sight Unseen attempts to portray the carefully orchestrated politics of visibility and invisibility that shape the memory of colonial trauma in Italy.

The work tests the viewer’s patience and expectation by never fully revealing the images that are being described. The voiceover, however, is able to evoke the images and enables the creation of a mental image in the viewer. By doing so, it attempts to overcome the censorship over such images that, because of a copyright limbo, cannot be published. As a result of this ban, they cannot act as proof to this historical event that dictated the end of two decades of Libyan resistance to the Italian occupation, nor can they make visible the sheer and calculated violence at the core of this operation. The spectacularisarion of Mukhtar’s execution also provides evidence of the role played by visuality in asserting colonial violence.

A Bomb to be Reloaded

A Bomb to be Reloaded is a long-term research project articulated through a series of collaborations and outputs. It was born out of a chance encounter with the history of Giovanni Pirelli and, specifically, an interest in his involvement in Third-Worldism in Italy. In particular, what struck my attention was his friendship and collaboration with the Martiniquan psychiatrist and decolonial thinker Frantz Fanon. Indeed, starting from Pirelli, the project aims to investigate the influence of Fanon’s thought on a generation of militant intellectuals in Italy. If, on one hand, the project wishes to ‘reload’ this influence by making it relevant in the present, it also strives to maintain a position of criticality towards these issues. Pirelli’s life and work, though, offered the ideal framework and critical approach. Following his involvement in the resistance against Fascism in the Second World War, Pirelli refused his predestined role at the head of the Pirelli industrial dynasty to dedicate his life to cultural and political activism. As the historian and archivist Mariamargherita Scotti suggests in Vita di Giovanni Pirelli (2018), given the radicality of this choice Pirelli was often forced to explain his motivations, so much so that he reiterated it in several pieces of writing targeting different contexts. These passages display a striking lucidity, selfanalysis and criticality that became a pivotal element in the project. In the exhibition, they were present as inscriptions on mirrored surfaces and in the form of  collages, printed on textile banners, which were realised by the students of the Academy of Fine Arts of Brera in Milan, who were involved in the initial stage of the research.

The title of the project draws on a passage from the film The Wretched of the Earth (1969) by Valentino Orsini (an homage to Fanon's homonym oeuvre), in which Fausto - a white, Italian filmmaker - is ridden with ethical and ideological angst as he attempts to complete a film on decolonisation struggles that was left unfinished by his late friend Abramo - a black, African filmmaker. Fausto defines this work as a "a bomb to be loaded so that it might make noise." This expression acts here as a methodological compass: to think about the potential intrinsic to the activation of this historical material in the present, while considering the ideological commitment that has allowed for both its formation and current preservation. Just as Fausto is faced with the task of paying homage to, and expanding on, Abramo's revolutionary work, similarly Pirelli took it upon himself to build on Fanon's legacy. Considering the resonance of the CDFF's work today can be thought of as a similar process, thus raising many of the same questions that are voiced by Fausto in the film. Furthermore, Orsini's adoption of Third Cinema aesthetics and ethos provides both a visual and methodological reference to the project. In the exhibition, some of the most critical musings in the film are set in dialogue with Giovanni Pirelli's self-reflexive writing within the installation A Bomb to be Reloaded (Chapter 1). 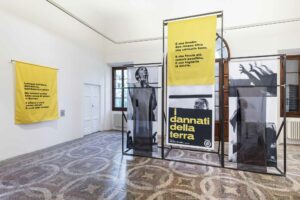 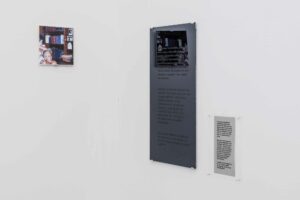 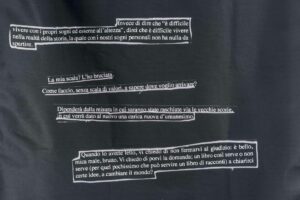 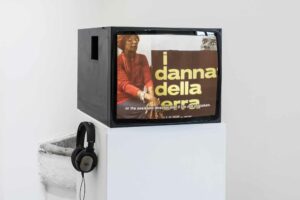 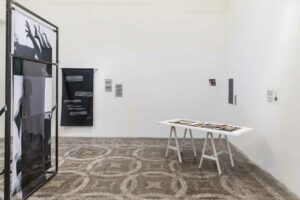 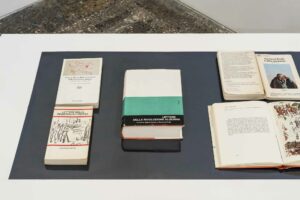 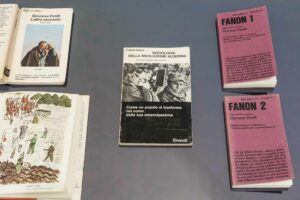 Finally, the work is held together by the presence of the actress and singer Kadigia Bove, who recollects her work on both Orsini's film and the performance A Floresta e' Jovem e Cheja de Vida (1967) by composer Luigi Nono, in collaboration with Giovanni Pirelli. Based on testimonies of decolonial and anti-imperialist fighters of the time, the complex and multi-layered work was developed through a series of diagrams that worked as an expanded score. A Bomb to be Reloaded (Chapter 2) focuses on this work through Kadigia Bove's memories that also include her experience as an Italo-Somali woman in post World War II Italy. This implies a reflection on the legacy of Italian colonialism, which has been the core of Alessandra Ferrini's work as a whole. 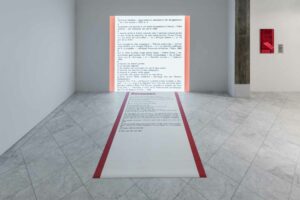 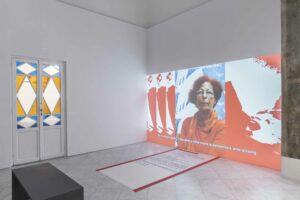 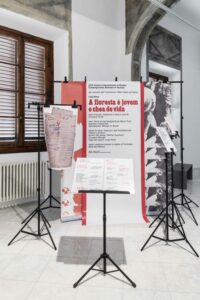 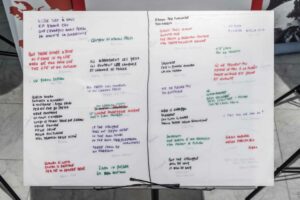 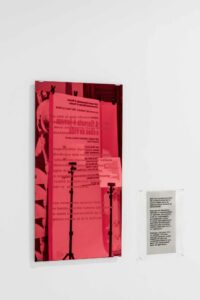 Now dismembered, the collection is disseminated through different archives and resistant spaces in Milan: from archives of the Resistance movement against fascism, to social centres, and private collections. Through a collaborative research on the surviving items of the CDFF's library and their locations - realised during a workshop with a group of students from the Art Academy of Brera (Milan) -  A Bomb to be Reloaded (Chapter 0) explores the relevance of this material today and brings attention to the non-institutional spaces/groups of activists who take care of such materials today, as well as to the international networks of solidarity with the anti-colonial and anti-imperialist movements developed by the CDFF. 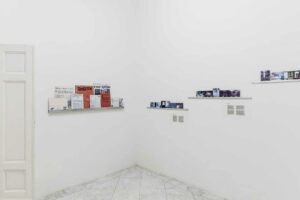 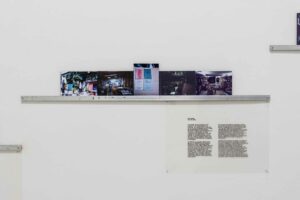 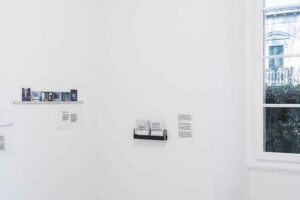 A Bomb to be Reloaded