Bruno Baltzer and Leonora Bisagno have been working as an artist duo since 2014. They analyse the contemporary condition of representation, both official and spontaneous, through installations and interventions. Baltzer and Bisagno employ multiple forms for their projects, ranging, among other things, from tourism photography to election posters, advertising neons and television archive material.

Leonora Bisagno’s and Bruno Baltzer’s work revolves around a reversal of existing conditions, a departure from the self-absorption that characterises contemporary society. Besides its subversive use of imagery, their approach also puts emphasis on time, on both human and planetary scale. When the two artists travelled to the marble quarry in Carrara, from which Mussolini ordered the greatest monolith of the twentieth century to be cut out and set up as a monument to his own glory in Rome in 1928 (incidentally, the obelisk is still lit at night), they were aiming for a symbolic disempowerment of the fascist monument as well as a socialization of the material. To this avail, they ordered a marble column to be cut to scale from the same quarry, which they laid out horizontally and sawed diagonally into five elements on which visitors were invited to take a seat individually (La panchina di Luis Simon, 2019, the name in the title is an anagram of Mussolini).  Angelika Stepken 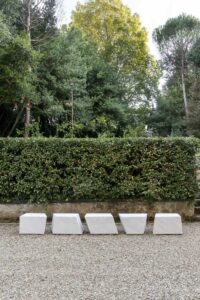 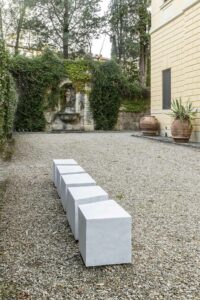 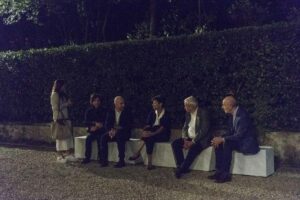 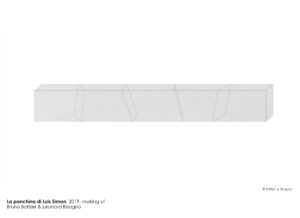 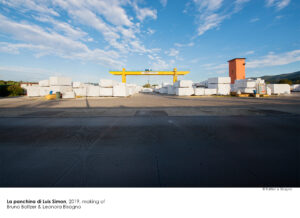 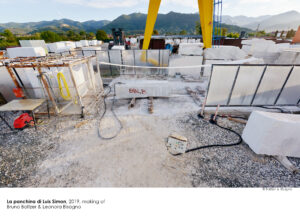 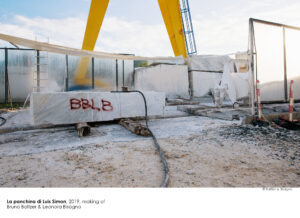 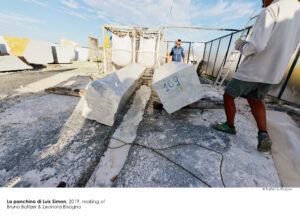 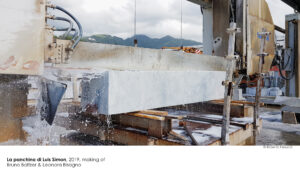 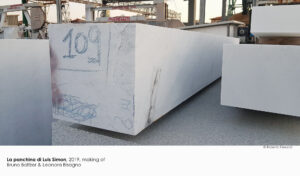 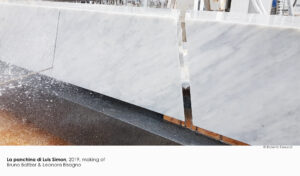 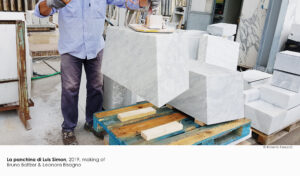 Whereas in Carrara a landscape with all its ecosystems has been mined for thousands of years, a new mountain is rising from the ground in Montreal next to Mount Royal, the city’s namesake. It marks the spot where municipal dump trucks have been unloading the snow collected from the city’s streets since the 1980s. Bisagno and Baltzer hired a professional climber to scratch a 50-metre-large tattoo-like inscription into the dirty mass, adding a conditional si (if) to Quebec’s motto Je me souviens (I remember). In other words: if I remembered, would my memories reach beyond the region’s dominant colonial identity? The artists’ work disappeared after one week, when the top layer of snow melted. Angelika Stepken 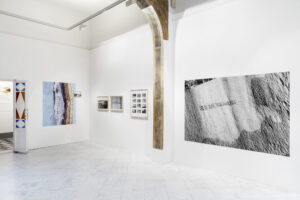 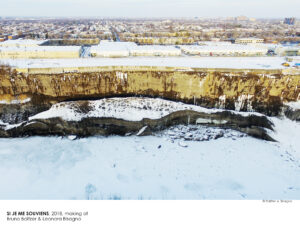 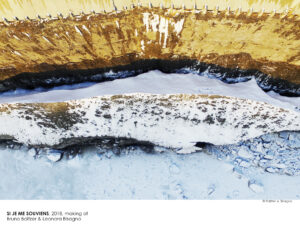 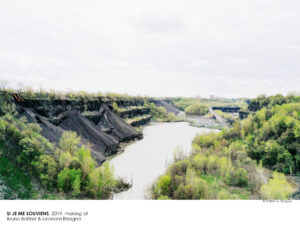 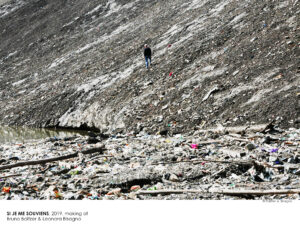 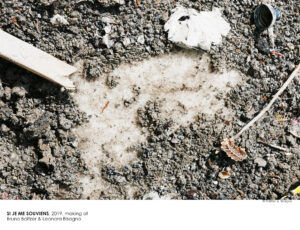 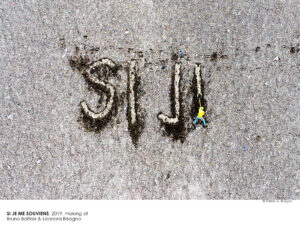 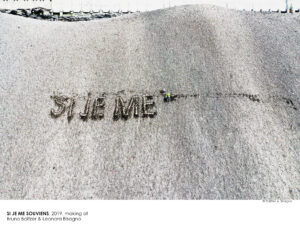 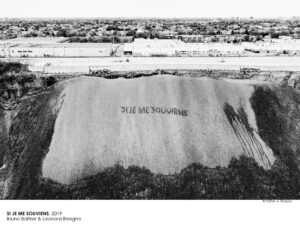 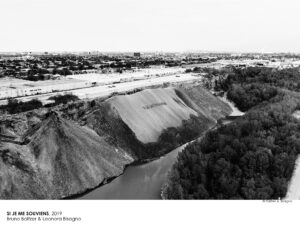 For Les pieds dans le plat (2017, literally: to put one’s foot in one’s mouth), a footprint of the Luxleaks whistleblower Antoine Deltour was burned onto a Villeroy & Boch ceramic plate in a special blue pigment named Vieux Luxembourg (Old Luxembourg). Colour also holds a strong symbolic meaning in Ma è di tutti! (2019), which is based on the fact that Carrara is also the centre of Italian anarchism, and the diagonally divided black and red flag is one of the historic cockades of the anarcho-syndicalist movement. Here, it was painted onto the steel hydraulic cushions before they are used to split the huge blocks of marble from the mountain. The traces of reality on the symbolic object after its use visualise – like an artistic readymade – the dominant and violent hierarchical relationship between profit and nature or man. Angelika Stepken 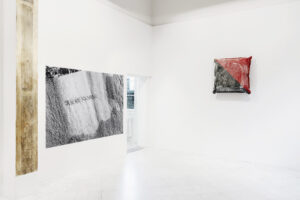 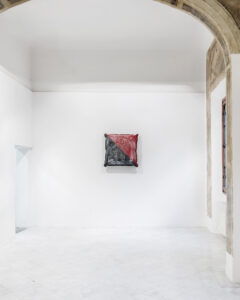 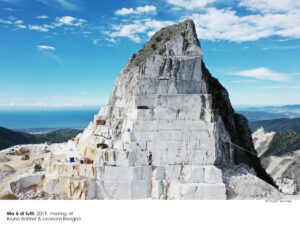 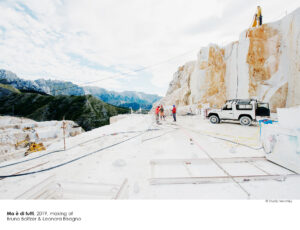 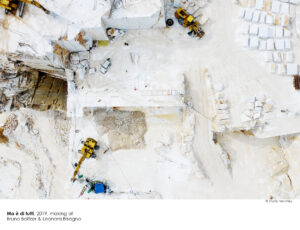 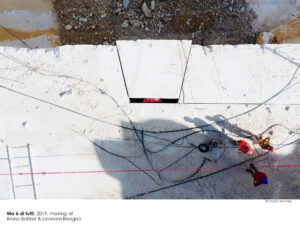 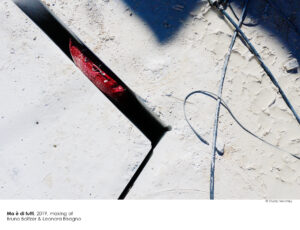 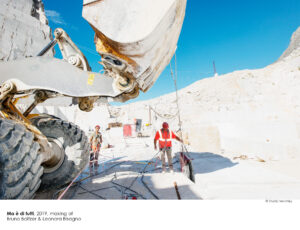