Délio Jasse was born in Luanda, Angola in 1980 and currently lives and work between Lisbon and Milan.
Exhibitions include the group show Recent Histories: New Photography from Africa at Walther Collection Project Space in New York, the official selection of the 12th Dakar Biennale in 2016, the 56th Venice Biennale (Angolan Pavilion, in 2015), Milan Expo (Angolan Pavilion, 2015), the Calouste Gulbenkian Foundation, Portugal in 2013 and the 9th Bamako Photography Encounters in 2013. He received the Iwalewa Art Award in 2015.

In his photographic work, Délio Jasse often interweaves found images with clues from past lives (found passport photos, family albums) to draw links between photography – in particular the concept of the latent image – and memory. Jasse is also known for experimenting with analogue photographic printing processes, including cyanotype, platinum, and early printing processes such as Van Dyke Brown, as well as developing his own printing techniques. The analogic processes that Jasse uses confer to his works a monotypic character, subverting the reproducibility of the photographic medium,through the direct intervention on unconventional supports, and also the application of emulsion with gestural strokes or with chromatic notes.

Schengen (2010) and The Place to Be (2015) have been presented in the exhibition Schengen at Villa Romana, Florence, 2018, which examined the limitations of socio-cultural and political borders through a totemic memorialization of the migration of bodies and goods. Drawing upon transnational identity and the blue water of the Mediterranean as fluid conceptions of legality and humanity, the works problematize the values instilled by international agreements whose fallen fruits too often die on the vine. The destabilizing of the environmental impact of fading traditions, the evasion of prescribed images of nationalistic belonging and the escalation of global crisis set the foundation for ruptured canons and displaced cultural legibility. 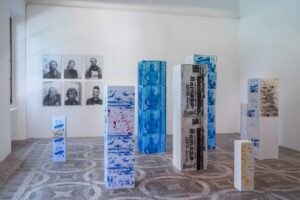 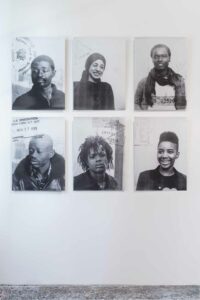 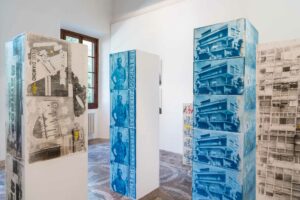 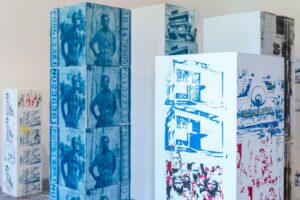 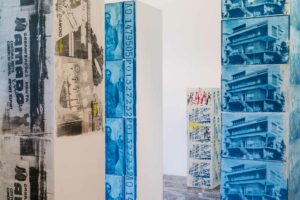 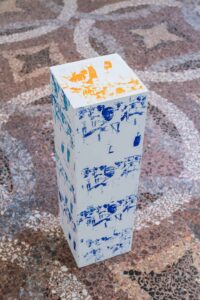 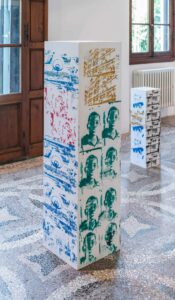