Fabrice Monteiro has family roots in Belgium and Benin and lives and works in Dakar. After training as an industrial engineer and working as a model, he has been a photographer since 2007. His portfolio ranges from photojournalism and fashion photography to portraits. Africa with its culture, society and religion is the main inspiration for his work. His hybrid heritage allows him to avoid exotic stereotypes and instead open up third perspectives.

“All too often, the ramblings of politicians and the media contribute to the demonisation of the ‘other’, of their identity and culture, by viewing them merely as potential criminals.But when someone leaves their home with their family and embarks on a long, perilous journey to an as-yet unknown world, with their own survival and that of their kin as their sole motivation, do they not rather fulfil the profile of a potential hero? It took some of the people photographed in these images more than three years to reach Italy from the place they left behind. They all travelled through Libya and witnessed the horrific conditions there with their own eyes. They live in homes, they hold down jobs and, from one day to the next, they try to scale the unending ladder of upward social mobility. Realising these portraits, I was inspired by the process of composite photography, a technique invented by Francis Galton in the 19th century to help define the physical characteristics of the criminal. Composite portraiture was later used by Arthur Batut, who claimed that the process could be used to identify characteristic types of particular tribes or races. In denying individuality, this photographic technique had a clear influence on further fuelling the racial discourse. By reviving the process to make portraits of two types of “migrants” – one from the former British Empire, the other from former French West Africa – I wanted to emphasise the dehumanisation that the ‘other’ has been subject to for far too long and remind the ex-colonisers of their moral responsibility.” (F.M.)

The artist’s works Migrant Type, Enlightenment and Idy, the African have been created in the framework of the artistic research and exchange project Seeds For Future Memories, a cooperation between the artist residencies Thread in Sinthian, Senegal and Villa Romana in Florence, Italy, in 2018. 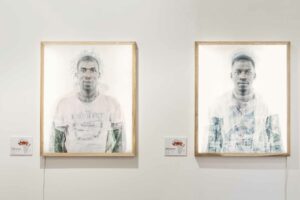 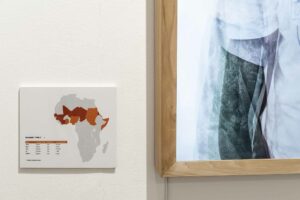 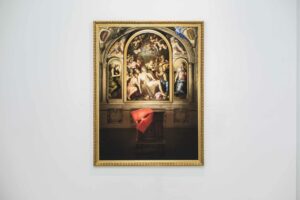 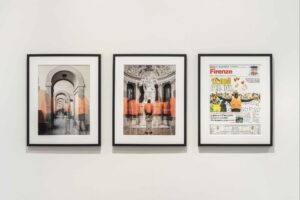