Hany Rashed, born in 1975 in Cairo, is a self-taught artist who worked closely with renowned artist Mohamed Abla, who became his mentor. By experimenting with a wide range of techniques, such as collage, monotype, painting, and sculpture, Rashed continuously reinvents himself and his work. His art theme is often the banality and damage caused by excessive exposure to Western media, highlighting the depersonalization of the individual. At the beginning of the 2011 Revolution, Rashed played a leading role in documenting part of contemporary Egyptian history through his sarcastic production. After his comic character “Asa7by“(2012), making fun of the abuse of visual Internet memes, “Bulldozer” (2015), directly denouncing omnipresent mediocrity, and “The last farewell” (2017), addressing his very personal life tragedy, Rashed returns to explore with much irony the multiple facets of Egyptian life. Some of Rashed’s work forms part of the private collection of the Tate Modern Gallery in London. The artist has held several workshops in many Egyptian galleries and elsewhere.

The series Monoprint highlights the everyday in a way that pushes the viewer to ponder the relationship between accentuated actions and their context. The artworks can be grouped in two sections: Florentine and Cairene imagery. Works created in Florence display a new source of influence incorporating aspects of Renaissance paintings discovered during his two month residency in Florence, Italy in 2009. Integrating Italian visual reference of the Renaissance with Rashed’s personal narrative, these prints are a fusion of the historical and the contemporary. 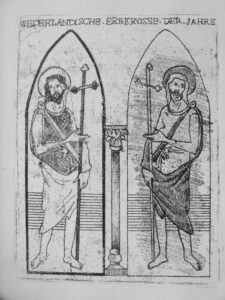 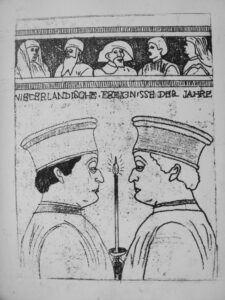 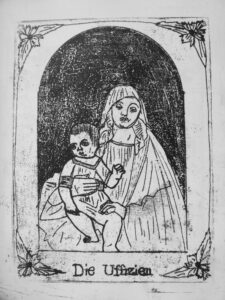 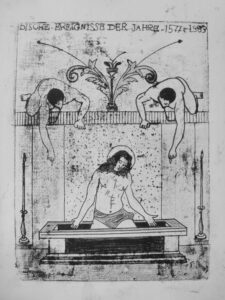 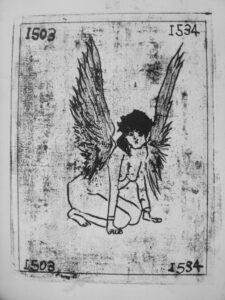 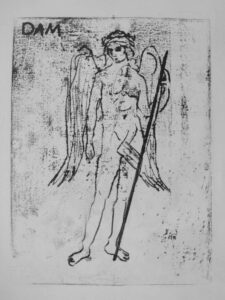 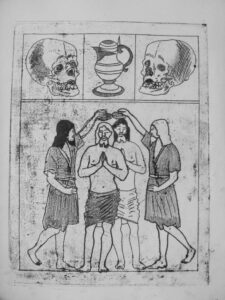 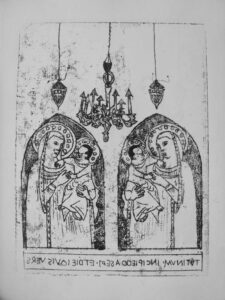 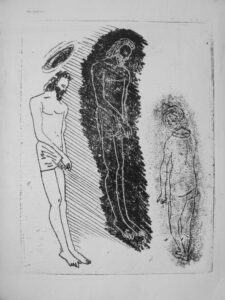 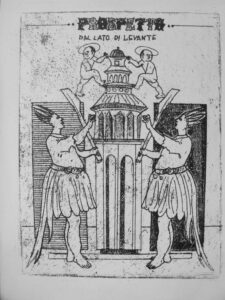 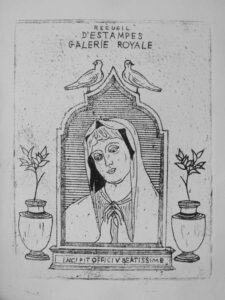 Biography vs. History of Art