Juan Pablo Macias, born in Mexico in 1974, studied fine arts at the Universidad Complutense de Madrid and at the Universidad de las Americas in Mexico. In 2005 he participated in the residency program of the Ratti Foundation in Como, Italy with Alfredo Jaar. Macias explores the relationship between systems of representation and affectivity and, analogously, between the knowledge system of political power and that of insurrection. With his actions, interventions, work on archives and editorial projects, he aims to create tensions between institutions, artistic practice and social spheres through programs that act directly through biological, social and economic bodies against flat semantics.

“Language has monopolized and reduced to concepts the multifariousness of signs. Our semiotic stock does not sing anymore, does not dance, does not greet, does not recognize companions, it just says something way up beyond the ground, our common ground, it only qualifies and quantifies what it has learned to name, see, appropriate. I came back home to Italy and started reading again Étienne De La Boétie, those brief beautiful and breathtaking passages on companionship in his Discours. I read Michel de Montaigne’s essay on Étienne, On Friendship. I read again passages of a transcription of a video where José Regalado, an indigenous Mexican, states that when transformed, matter is shared among companions—referring to maize, because they are thankful for harvesting. I read again Kiado Cruz who tells about his ancestor’s love for maize, how they were eager to go and greet their cornfield each morning. I read again Prince Kropotkin stating that it was not Darwin’s universal law of survival of the fittest, but that of mutual aid that had preserved the species. I read again a passage of Graeber’s Debt that explains who we are really indebted to. My friend Michel Blancsubé told me about a book on friendship by the French philosopher Gilles Tiberghien. I tried to find an English translation of Amitier. The title is a neologism, a verb for “amiti é”. Instead I found an essay by Cole Swensen, where she discusses the difficulty of translating the word amitier into English. Friendship has different etymologies— she proposes “friendling”, although the different etymological background changes nuances.
And lastly, I read again John Zerzan, who reminds us that verbs amount to approximately half of all the words in a language; in modern English, verbs account for less than 10% of words. Verbs denote an action that puts us in the world, on the ground, on Dionysus’ ground. Nouns just name.” (J.M.)

The works have been created in the framework of the artistic research and exchange project Seeds For Future Memories, a cooperation between the artist residencies Thread in Sinthian, Senegal and Villa Romana in Florence, Italy, in 2018. 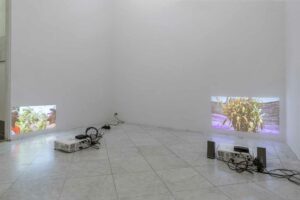 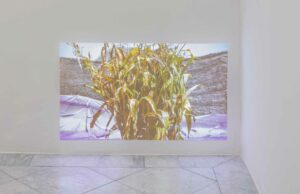 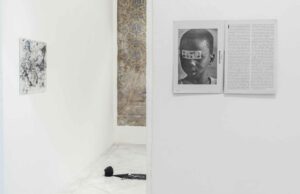 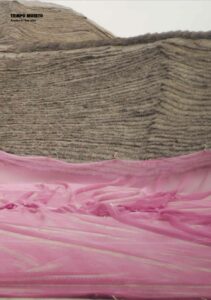