Matteo Cavalleri holds a degree in philosophy from the University of Milan and a PhD in the same discipline from the University of Palermo. He has been a visiting researcher at the Humboldt Universität in Berlin. He is currently a research fellow in the Department of Political and Social Sciences of the Alma Mater Studiorum of Bologna, for a study project on the influence of the Hegelian system in A. Gramsci’s Prison Notebooks, and collaborates with the Chair of Theoretical Philosophy at the University of Palermo. He is the author of essays and articles on the aesthetics and politics of memory and on the thought of T.W. Adorno and G.W.F. Hegel.

A project by Matteo Cavalleri and Luisa Lorenza Corna

Legal disagreements collects a series of projects at Villa Romana and elaborations which, capturing in Florence a significant pre-text of investigation, reflects in a broad sense on the question of governance: what is its function? What are the tools? What is the impact on citizens’ lives and the space they pass through?

The current crisis of politics, its inability to design, distorts the need to preserve the artistic and architectural heritage, thus legitimising a daily recourse to the regulatory expedient. These are, however, mere punctual ordinances (you do not read, there is in fact no reference to a fully ethical-political horizon) that crystallize the present and limit it, preventing a political-cultural transformation of space. The encounter with the tangible city does not betray the image that it distributes and communicates of itself. In this logic, reality not only confirms, but conforms to its representation. A representation cadenced on the binary logic of the ordinance: inside/outside, allowed/barred, accepted/rejected, legitimate/illegal. The government of the city, its politics, is thus reduced to the administration of the parties, to their decent and normalised disposition; the public space is deprived of its potential, of its possible competences.

How to question this scenario? The exhibition, projections and meetings that constitute this project discard the option of the dry antithesis (which would conform to a binary logic), opting instead for the oblique move of disagreement. They creep into the governmental mesh by exploiting its shadow cones, provoking it from the inside, assuming, transfiguring them, their appearance and form. 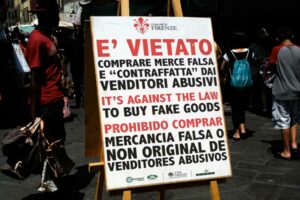 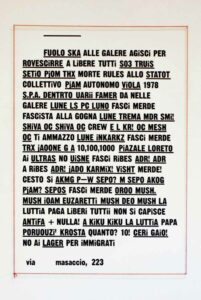 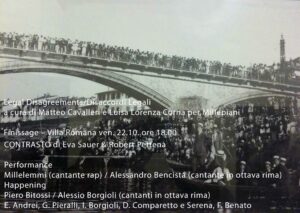