Sarenco (Isaia Mabellini, 1945-2017) was born in Vobarno near Brescia and lived and worked in Verona, Italy, and in Malindi, Kenya. After completing a philosophy degree in Milan, he became one of the exponents of visual poetry in Italy in the mid-1960s. Sarenco was a member of Gruppo 70 and, together with Paul De Vree and Gianni Bertini, founded the magazine Lotta Poetica in 1971 (until 1986). He published over 40 books and 15 films. His works were, and continue to be, included in numerous international exhibitions: in 1972 he exhibited at documenta in Kassel and in 1972, 1986 and 2001 his works appeared in the Venice Biennale.

Sarenco – also known as Sarenco L’Africano, Aziz Sarenco Sharif and Mau Mau Sarenco Gitaj – settled in the tourist resort of Malindi in the 1980s, where he married several times, invited numerous artist friends from Europe to join him, and promoted a lively exchange between this new Mecca of contemporary art in Kenya and the collecting scene in Europe and the USA. His network, which included the critics and curators Achille Bonito Oliva and Enrico Mascelloni, as well as his colleague, the artist Armando Tanzini, had a considerable influence on the perception and reception of so-called authentic African art in Italy. The ripples of the Italy-Malindi connection’s influence worked their way into the creation of Kenya’s first national pavilion at the Venice Biennales of 2013 and 2015. 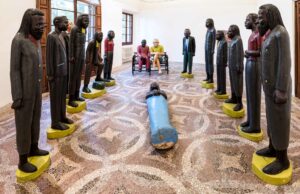 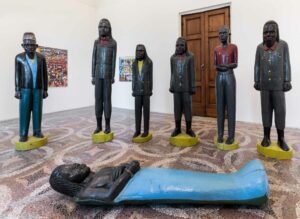 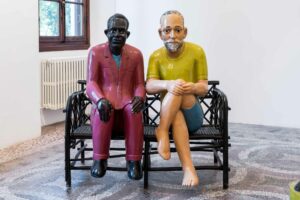 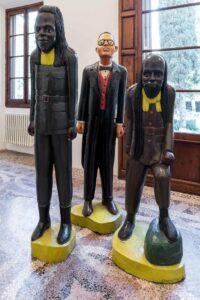 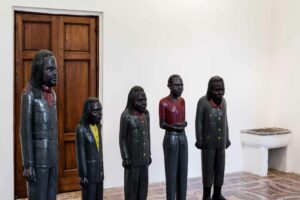 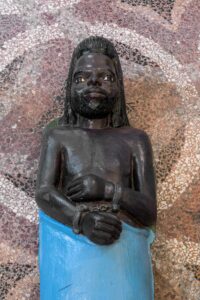 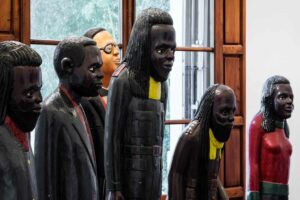 Sarenco and the Avant-Garde Utopia of the Swahili Coast

Remainders of a collection: African Photography from the 1990s