Wafa Hourani, born in Hebron in 1979, studied experimental cinema in Tunisia. He works with a variety of media that include film, photography, installation, sculpture, performance, music, and poetry. He lives and works between Ramallah and Dubai. Hourani’s work has been collected in many places such as; the Archaeological Museum, Thessaloniki; Saatchi Gallery, London; ADACH, Abu Dhabi; Nadour collection, Germany; Contemporary Art Platform, Kuwait; Mouhamad Abu Gazalah, Amman; Qattan Foundation, Ramallah.

Installation, interview
The project developed in Villa Romana and commissioned and produced artwork in Istanbul for Biennale 11

The installation Qalandia 2087 (2009) is the third in a series of future projections of the Qalandia military checkpoint and refugee camp. Established in 1949, the Qalandia camp is home to over 10,000 Palestinian refugees. Qalandia checkpoint, one of the largest Israeli military checkpoints in the West Bank, over the years has become increasingly high-tech and when the Israeli army closes it, Palestinians can neither enter nor leave Ramallah. Ironically, until 1967 Qalandia used to be the site of Jerusalem airport.

Unlike the first two versions of the work, in which the occupation was still palpable, in Hourani’s projection of Qalandia in 2087 there is no longer a checkpoint or the wall. With its minute details of daily life in the city that has in the meantime grown beyond the refugee camp, the work shows the ways in which the camp and the checkpoint become integrated into people’s perceptions as something to be loathed, but at the same time improved. Nevertheless, in projecting itself into the future without the occupation, it creates a new imaginary that goes beyond perpetuating the grim reality of today. 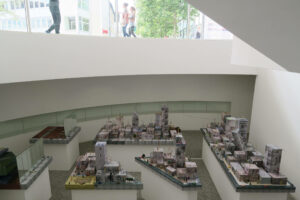 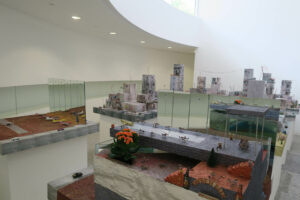 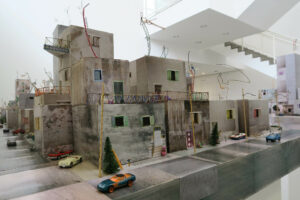 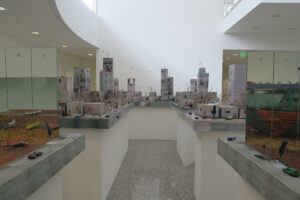 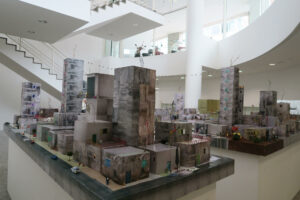 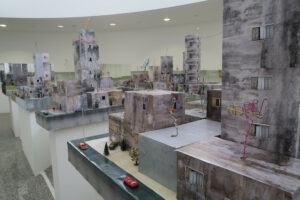 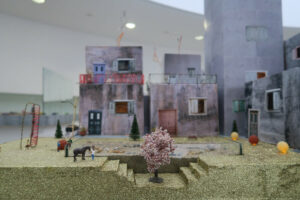 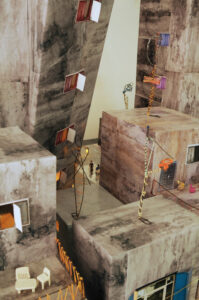 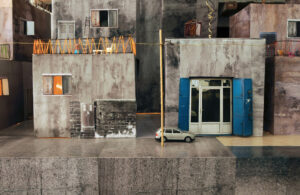 Conflicts of a Fictive Future