Youness Atbane, born in 1982, currently lives and works between Casablanca and Berlin. His artistic practice is based on a critical relationship to the fields of art, its actors and its geopolitics. He is working with live performance as a space of reflection, installations as an outcome of the performance act, as well as with photography and drawing as an archive. In 2008, he took part in the Master performing art program EX E.R.CE08 at the CCN of Montpelier. In 2010, he graduated with a master in Art – Literature and Museology – from the University of Nice.

Where Are We Now? A New Physicality

The notion of public space seemed to undergo major metamorphoses during the past two decades, with buzzwords such as virtual reality and cyberspace implying that the space where we were going to live our lives in the future would be located in the non-physical realm of the artificial worlds created by scientists and computer programmers. However, with the disenchantments of the Internet as a free space of which the recent surveillance scandals are just the latest, and the renewed interest in real-space civic actions, it would seem that we are re-discovering the physical space of our towns and cities. The protests of Occupy Wall Street and its offshoots in European cities, Avenue Bouguiba, Tahrir Square, Taksim Square/Gezi Park, just to name a few, have all shown us the importance of the physical presence of masses of bodies in real space, and despite the current setbacks of these movements, they seem to have changed our perception of the term “the public space”….

PDF Younes Atbane & Charlotte Bank, Where Are we Now?

Participating artists and curators: Anna Raimondo (curator and artist, Italy), Younes Baba Ali (artist, Morocco), Basak Senova (curator, Turkey), Simohamed Fettaka (artist, Morocco), Yasmina Reggad (curator, France), Ismael Leamsi (artist, Tunisia), Charlotte Bank (art historian and curator, Germany/Switzerland), Younes Atbane (artist, Morocco), Nora Razian (curator, Lebanon),  Atef Berredjem (artist, Algeria). They met for a two-week residency to create a dialogue about artistic approaches to the question: “Where are we now?”. That question – central to the Marrakech Biennale in 2014 – prompted collaborative reflections focusing on the artist’s creative process as well as on the curator’s more theoretical reading of it. The conversations and themes of the residency finally took material form in a book: each artist/curator pair produced an essay evoking the key themes addressed during the residency. The first book launch took place in Marrakech in February 2014, during the Marrakech Biennale.

This project reflects on negotiations, conflicts, competitions and illegitimacy, related to the definition of what would be a “contemporary Arab identity” in the art world. 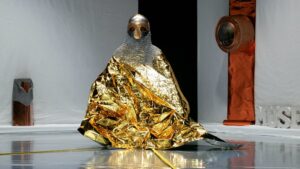 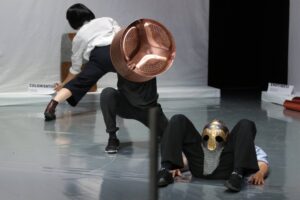 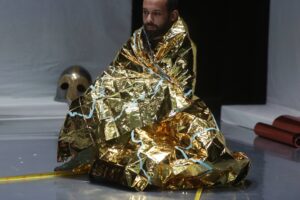 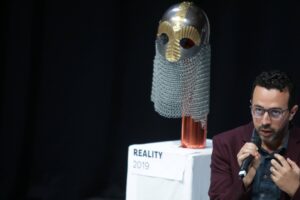 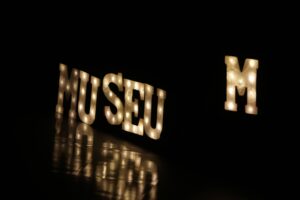 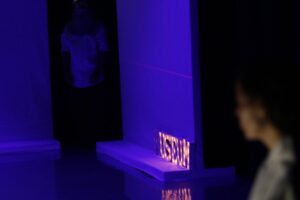 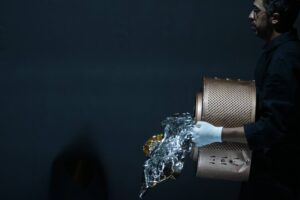 The Museum of Contemporary Art is a space where cultural ghosts come together in the form of human phenomena.
The ghosts enter into negotiation according to the time.
At the imaginary Museum of Contemporary Art of the Middle East and North Africa, everyone is a stranger, except the ghosts: the artists are often exiles, immigrants or sons of immigrants, political refugees; the funders are princes of Arab monarchies from the Gulf countries; the director is from European culture background; the curators are cosmopolitan; the collection is built on donations from international museums; the insurers of the works are American or Swiss 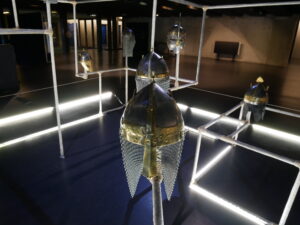 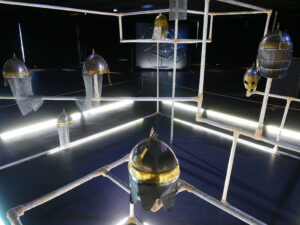 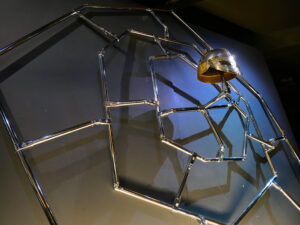 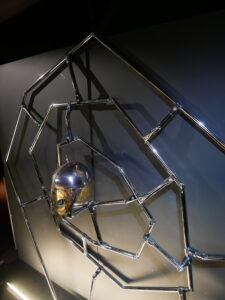 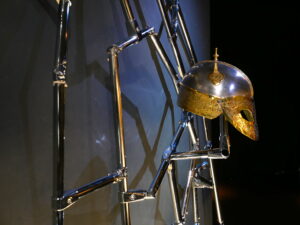 A striking ceramics piece by Youness Atbane, The Undocumented Museum (Untitled Africa), recreates the map of Africa with Legos-inspired figures of three colors standing on a table, each representing one of the 54 countries in the continent. Standing above it are three figurines who face southward.

For Atbane, working in ceramics drew upon his family’s heritage in a pottery studio in Safi, a port city known for its ceramics artists. During school holidays, Atbane sculpted his own toy figurines made of clay. It was in Safi that he discovered that a potter could become a sculptor in his free time. “My great uncle was fascinated by the body,” Atbane wrote in an email. “He reproduced Greek or Roman statues that he saw in magazines. In a very direct way, his work broke the taboos of the Muslim tradition where body sculptures were proscribed.” Piled up in the storerooms, covered with fabric “to hide them from clients,” Atbane saw damaged and unfinished bodies. It was, he said, an undocumented museum.

As an African artist who divides his time between Casablanca and Berlin and who works in both the visual arts and performance, Youness has followed the debate on the restitution of African heritage from Western museums to their countries of origin. Statues, masks, sculptures and mummified bodies are works, he wrote, intimately related to the representation of the body. “They testify to the existence of ancient civilizations, history, and cultural practices indispensable to the building and recognition of nations.

The south-oriented statues in his installation seem ready to begin their return to their original lands. But this return is disputed by some institutions who argue that Africa does not yet have structures equipped to receive them. To Atbane, such an argument embodies “cultural domination hidden under the pretext of preservation.” Roslyn Bernstein 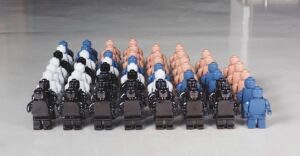