Refracted memories — as part of the project Memory of Violence — research and dialogues concerning the transmission of trauma and the role of images in the construction of the collective narrative memory. 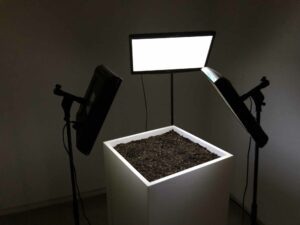 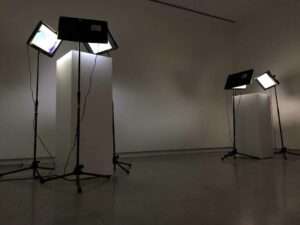 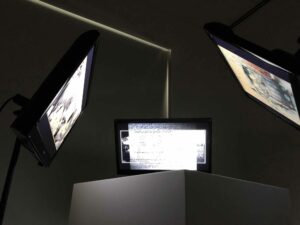 Sofiane Zouggar graduated in ceramics from the École des Beaux-Arts of Algiers. His work focuses on researching the Algerian identity and socio-political issues, as well as  human conditioning in relation to information. Since 2013 he has been working on the archive and memory of the Dark decade (or the Algerian civil war) by exploring the image as traces. He has participated in several exhibitions including Dak’Art 2012 Biennale in Dakar, Senegal; the Algerian Pavilion at the Dak’Art 2014 Biennale in Dakar, Senegal; the Festival National de la Photographie d’Art (FESPA), La condition humaine, Algiers; the Qalandiya international Biennial in Ramallah, Palestine; the March Project exhibition commissioned by the Sharjah Foundation in October 2017; and, in the 2018 Rasm exhibition at the Museum of Modern and Contemporary Art – MAMA in Algiers.