In September 2018, a forest fire raged on Monte Serra, devastating six to seven hundred hectares of mountain woodland. The coal-black, dust-dry, burned remains of a forest devoid of life made for a melancholic, post-apocalyptic scene and formed the starting point of Jeewi Lee’s project Ashes to Ashes.

For Ashes to Ashes Lee produces (15  x  7.8  x  2.5 cm) soap sculptures made with natural oils as well as particles from the Tuscan forest’s scorched trees. Ash, a symbolic, purifying element, and charcoal, a pigment for the soap sculpture. Lee manually embosses each bar of soap with a piece of scorched bark as a stamp seal, thus manifesting traces of an extinguished past in the newly formed soaps. Altogether five hundred unique bars of soap were produced.

Up to 96% of forest fires are the result of human activity – an anthropogenic process – caused by arson or carelessness. At the same time, global warming and successions of hot, dry spells increase the risk of large-scale fires, as recently seen in the resurgence of mega fires in Australia, California or Sweden. Entire ecosystems, whole animal kingdoms that have matured over decades, sometimes centuries, are irrevocably destroyed. Bushfires release vast quantities of smoke with soot and fine particles posing a threat to human health while carbon dioxide emissions accelerate the greenhouse effect. An estimated two to three million tons of CO2 are said to have been released during the most recent fires – which constitutes about half the carbon dioxide released into the atmosphere in Australia annually. According to climate scientist Ina Tegen from the Leibniz Institute for Tropospheric Research “the Australian fires effect the climate globally”. As destructive and fatal as the fires appear to be for the Earth, paradoxically this obliteration of nature has its own renewal embedded within. Nature can outlive human destruction. After a forest fire the soil is purified and the ash is rich with nutrients that provide reemerging vegetation with the energy needed to flourish. The alkaline properties of ash lend it its cleansing power. Ash, combined with oils, was the main component of early soaps made by the Sumerians. At the same time, the act of washing the body can be metaphorically likened to a new beginning, which becomes part of a reoccurring process: “Everything we wash from our hands today will one day reappear on our plates.” A continuous cycle. Juliet Kothe 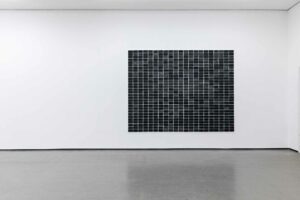 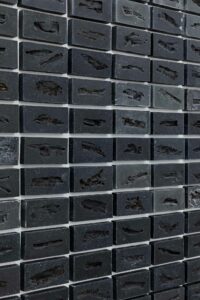 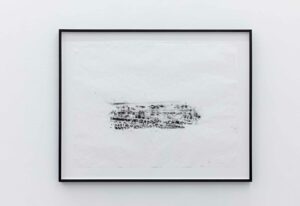 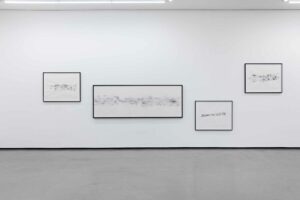 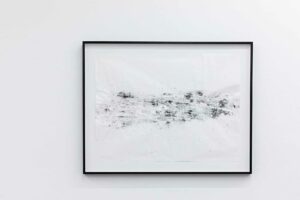 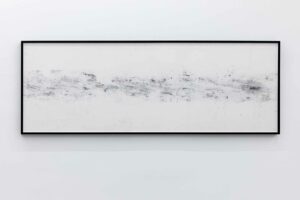 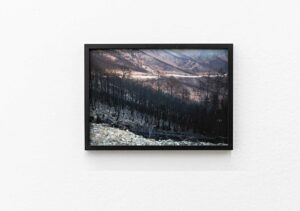 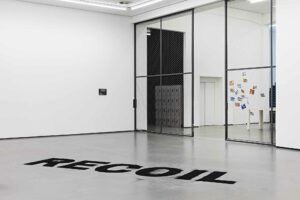 Jeewi Le was born in 1987, in Seoul. She works with performative and daily occurrences, which come into view as traces and serve Lee as painterly elements. For Lee, traces concurrently indicate movement (in urban as well as in exhibition spaces) and the reflection of the production process. In her work, Lee looks into and highlights social and historical events that have been burnt into various materials. Lee studied painting at Universität der Künste, Berlin and Hunter College University, New York.