Evoking the Olympic marathon from Rome 1960, in which the Ethiopian runner Abebe Bikila conquered the African continent’s first gold medal, running barefoot and becoming a sporting legend and a symbol of the Africa that was freeing itself of colonialism, Fischer & el Sani have recontextualised amidst Rome’s controversial rationalist architecture, a new race involving refugees and immigrants staking a claim to their freedom of movement. Fischer & el Sani are examining the complexity of ideological, political and architectural implications of Bikila‘s 1960‘s Olympic gold medal run to this day. 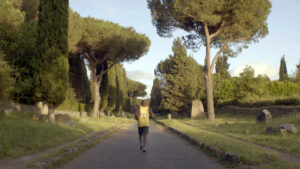 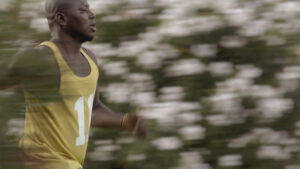 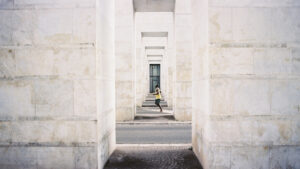 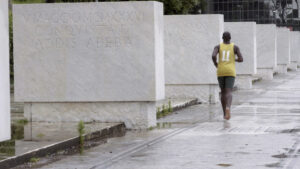 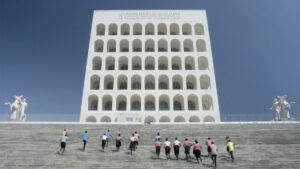 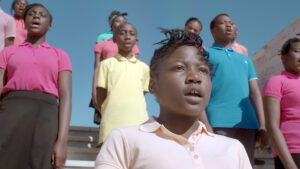 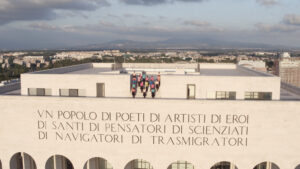 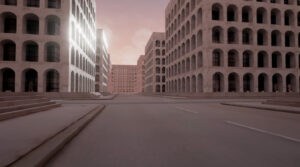 The Berlin-based artist duo Nina Fischer & Maroan el Sani have been collaborating on their interventional and situationist art practice since 1995. Their investigations revolve around moving images as both impartial documents and involved narrations of our changing societies. The main  protagonists of their projects are often urban spaces that bear the burden of collective memory, upon which the forces of historical transition and turmoil have been engraved. The artists’ poetic-filmic and performative investigations of these sites tackle the idea of revisiting blind spots in contemporary society through their artistic reanimation of such places.