In La Corsa del Venditore/The Run of the Seller, Africans who immigrated to Italy, in this case to Florence, are never seen but talked about by an outsider. La Corsa del Venditore takes the form of a monologue spoken by an Italian woman talking on her cell phone, presumably to a friend, and describing a scene that she just witnessed. The well-dressed woman is pacing in front of Florence’s main train station, accompanied by what the viewer assumes are her daughter and granddaughter. She describes in detail a scene during which African street vendors harassed by the police, were forced to quickly fold up the blankets used to display their merchandise on the pavement and to run away. To her surprise, the vendors settled down just a block away. 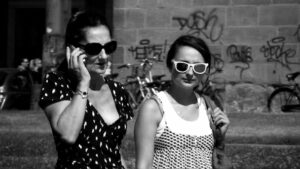 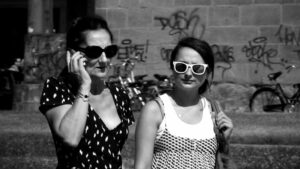 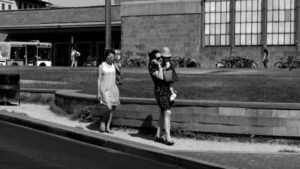 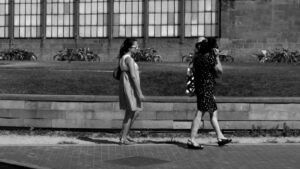 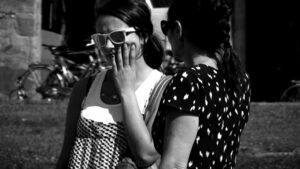 Maya Schweizer, born in Paris in 1976, studied art and art history in Aix-en-Provence, at the Academy of Fine Arts Leipzig (HGB) and at the University of the Arts (UdK) in Berlin. Schweizer works with different media, with a particular focus on experimental videos. In her films and sound works, she investigates the structures and processes of memory, exposing their narratives and identity-forming functions. In doing so, she always proceeds from a quasi-ethnological research on site. Her videos have been selected for numerous festivals and events, including the 67th Berlinale (2016), the Vancouver International Film Festival (2017, 2019) and the 52nd, 62nd, 65th and 66th International Short Film Festival Oberhausen (2006, 2016, 2019, 2020), where L’étoile de mer was awarded the e-flux prize in 2019. Schweizer works in Germany and France.