[…] Sea, which swallows and ejects, thieves and returns. Physical erosion shapes the coasts it laps upon, a metaphor for the cultural, social and political impact on the people living along them. Far from being just an individual echo, the voice articulating “Mediterraneo” is a chorus generating space, rather than a source of narration, or a world’s description. It is an atavic space, resembling Edouard Glissant’s matrix-abyss: “The people having experienced the abyss do not boast of being elected. They do not think to generate the powerfulness of modernity. They live the relationship, they cultivate it, as the abyss’s oblivion takes root and the memory strengthens. […] It may be said that the abyss’s experience is what we share the most” (Édouard Glissant, Poetica della Relazione, 1990, in: Quodlibet, Macerata, 2007, p. 22). In the poetic of depth (op. cit., p. 34) at which this work aims, the explorations of the inner and the environmental spaces do tally with an extremely effective synthesis through which the submerged image of an archaic collective memory surfaces.  Silvia Litardi 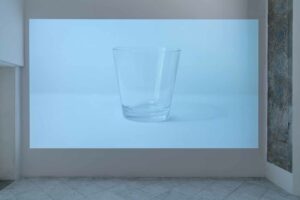 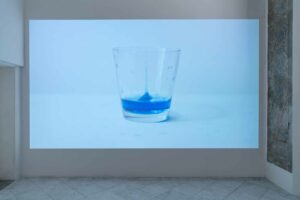 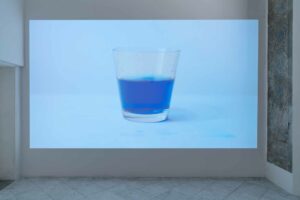 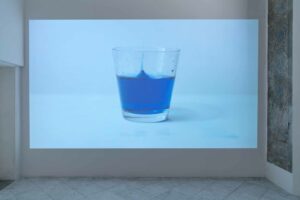 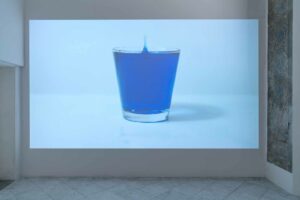 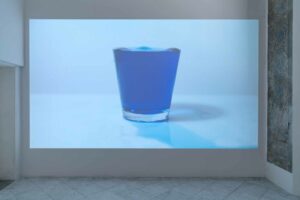 Anna Raimondo, born in Naples in 1981, completed a master in Sound Arts at the London College of Communication (University of the Arts London) and is pursuing a doctorate between the School of Fine Arts in Brussels (ARBA) and ULAUniversity on the relationship between listening practices and feminist urban geography. Her artistic work uses voice and listening as platforms for meeting, collaboration and exchange. The material is formalized in actions, performances, photographs, videos and sound installations. She lives and works in Brussels. She has participated in Africa is No Island, a group show at the Museum MACAAL in Marrakech in 2018; Grand Tour d’Italie, a group show at MAMbo – Museo d’Arte Moderna, Bologna and Accademia di Belle Arti, L’Aquila in 2019; And Io dico Io at Galleria Nazionale, Rome, in 2021.