When Gülsün Karamustafa first visited Florence in 1969 still as an art student, she stood stunned in the middle of the square in front of the Brunelleschi’s Ospedale degli Innocenti. The images of the swaddled babies on the reliefs by Andrea Della Robbia, as well as the dramatic stories behind it, fascinated her more than anything. She writes: “Children are the feeblest of all humankind especially during wars, great disasters, flow of migrations, diasporas. My project is related to the destiny of the innocents who had the chance to survive those unsparing moments of life. I dedicate my work to the memory of the children who were taken care of at Ospedale degli Innocenti in Florence even as early as the 15th century. When I went through the images related to the orphanages as a whole I was more interested in the faces and the looks in the eyes of children. That was a pathway that gave me a deeper insight into how it would feel to be an orphan in an utmost crucial time in history.” 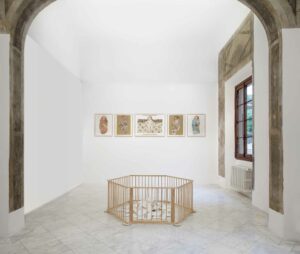 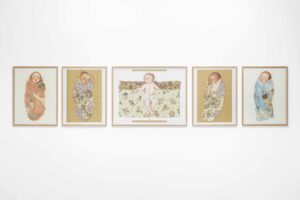 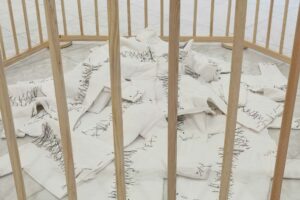 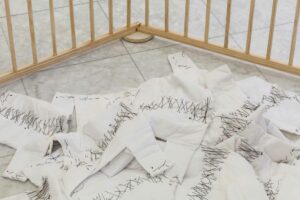 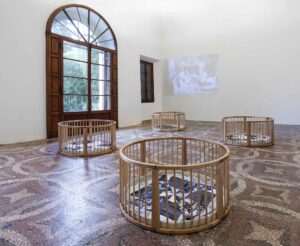 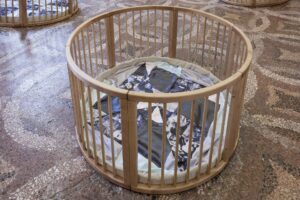 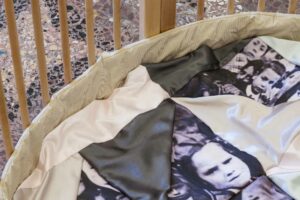 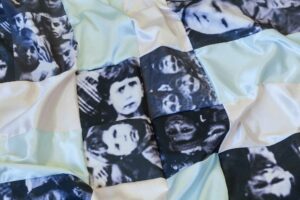 Gülsün Karamustaf, born in 1946, is regarded as one of the most important artists of the second half of the 20th century in Turkey, where her work has been a decisive influence on younger generations of Turkish artists since the 1990s. Her work has been shown internationally in numerous exhibitions. Karamustafa’s oeuvre stretches from the mid-1970s to the present day and encompasses various media, including painting, installation, performance art, and video. Her work focuses on questions of migration, politically-induced nomadism, pop culture, feminism and gender, and often provides a critical analysis of the Western view of Middle-Eastern countries. Rendered in a variety of media, these subjects permeate all phases and forms of her artistic work and are of unmistakable relevance to current debates. Recent retrospectives: SALT Istanbul, 2013, Hamburger Bahnhof, Berlin, 2017.