The Carlo Palli Collection in Prato contains mainly works by Fluxus artists, and a rather obscure niche in the collection are the photographs of a number of African photographers from 1985 to 1999. During these years, Carlo Palli, collector and art dealer, was in close contact with the Italian artist Isaia Mabellini, called Sarenco, who had been living in Malindi, Kenya, since 1986. Sarenco was inspired by artists in Africa and works such as his installation at the 49th Venice Biennale in 2001, show his high regard for African craft and tradition. In addition to his collaborations with artists from various countries, Sarenco led the Malindi Artist’s Proof collective and ran a thriving trade in African art – both painting and photography – through his own gallery in Verona, Italy.

In Europe, interest in contemporary non-Western art increased in the 1980s with the globalisation of the art market. African art was particularly popular in private galleries in Italy, where the postcolonial discourse within institutions was less developed and prominent than in France or Germany, for example. As with the milestone exhibition Magiciens de la terre by Jean-Hubert Martin in 1989 at the Centre Pompidou in Paris, demand in Italy was mainly focused on artists who represented an idea of authentic, original, non-Western and non-academic art. The establishment of biennial shows on the African continent, first in Johannesburg in 1991, then in Dakar in 1992, gave new impetus to the globalisation of the art market. Artists supported by Sarenco often deal with the transformation of societies as well as art itself through modern technologies, new infrastructures, advertising and tourism. He was also particularly interested in African photographers. The Palli Collection currently holds 100 photographic prints from this period, some of which explicitly indicate their provenance through the imprinted stamp Sarenco Club Art Galerie. Sarenco had a close relationship with the Kenyan artist Cheff Mwai, a former Mau Mau fighter who documented the Independence Day ceasefire on 12 December 1963 at Meru Stadium on Mount Kenya. Many of the photographs are by South African photographers taken during or shortly after apartheid, e.g. photojournalists Guy Tillim, Graeme Williams, Rodney Barnett and Paul Weinberg. Everyday scenes in black and white document daily life and the urban contamination caused by racial segregation. In addition to the photographs of white South Africans, the collection also includes works by Motlhalefi Mahlabe and Themba Hadebe, two photographers from the Market Photo Workshop in Newtown, Johannesburg, founded by South African photographer David Goldblatt. Themba Hadebe was the first black photographer to win the World Press Prize in 1998. The collection also includes work by Salla Casset, one of the earliest famous studio photographers from Senegal. In the 1950s, portrait photography became a lucrative business in Senegal. Siblings Mama and Salla Casset, from St. Louis, began their careers as students of French photographers Tennequin and Oscar Lataque in the 1910s before opening their own studio in Dakar. Their clients came from the growing middle class, whose tastes and staging of photographs were strongly influenced by early developments in mass media such as magazines and films from North Africa, Europe, India and the USA. Outstanding are further the portraits of young women by photographer Binguel Maizaoumbou from Niger, or the everyday scenes by Kokoroko Kudzovi B.N. from Togo, works by Hassner Pepler, John Mauluka and Charles Kamangwana from Zimbabwe, and the surreal compositions of Pedro Vorster from Namibia. The largest number of prints in the collection are by Kenyan photographer Fred Oduya, whose photos depict a clash of tradition and modernity. 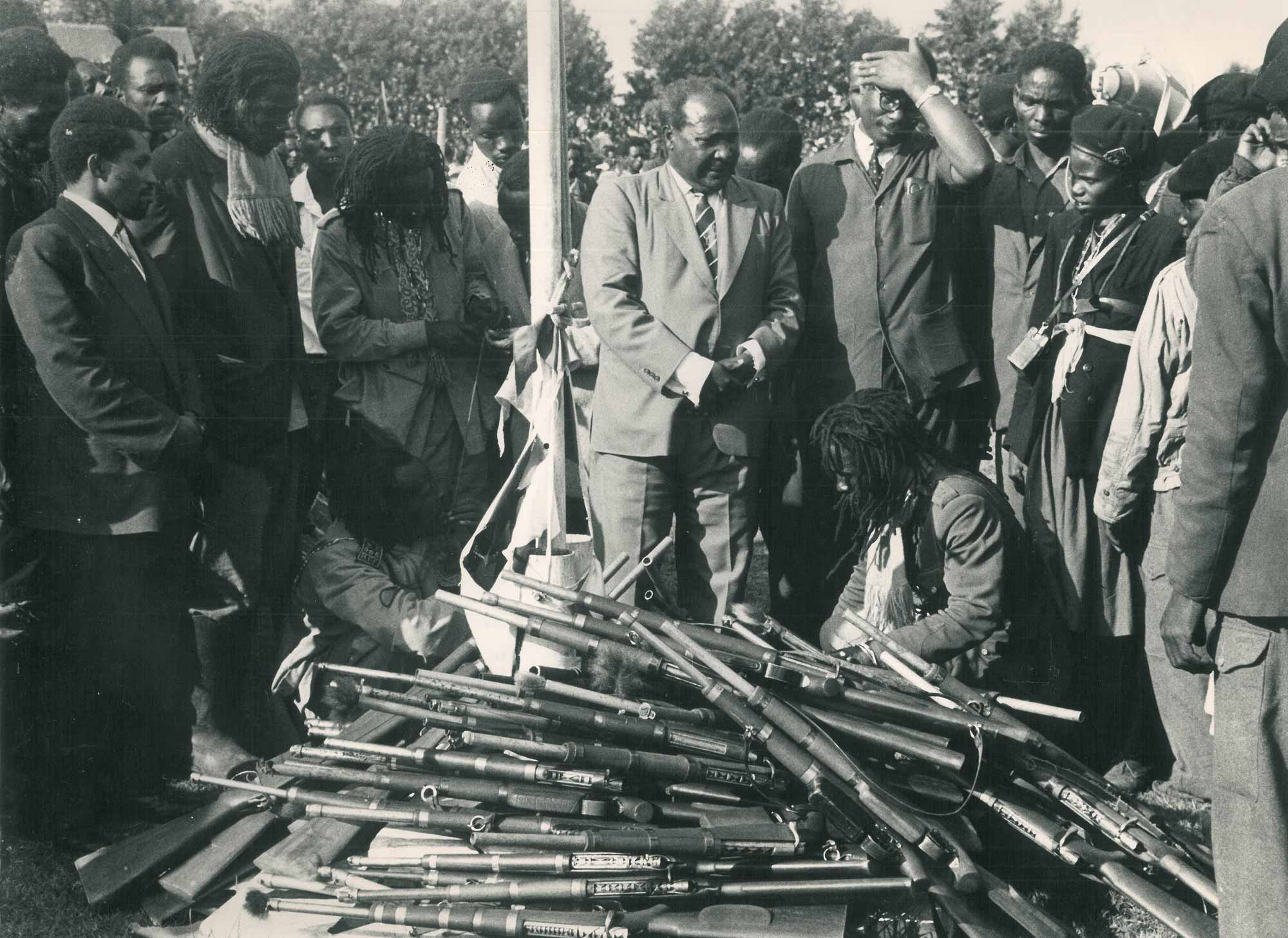