“The collection of Cosimo I de’ Medici, Grand Duke of Tuscany since 1569, featured a diverse assortment of both European and non-European works that were displayed together in the Palazzo Vecchio in Florence. Among these were two Oliphants in ivory (inv. Bg. 1879, nn. 2 – 3) today housed in the in the Pitti Palace in the rooms of the Tesoro dei Granduchi (formerly Museo degli Argenti) and beloging to the Medici collections of the Gallerie degli Uffizi. Elegantly carved with diamond, braid and Greek fret motifs, they were made in Kongo during the 16th century.

The two horns first appear in the inventory of Cosimo I in 1553, identified in purely descriptive terms: “two ivory horns with engraved motifs”. They are the earliest recorded objects of Kongo origin identified in Europe to date. In that period ivories and other handcrafts were considered appropriate diplomatic gifts to European princes The two horns probably arrived in Florence as a gift to the uncle of Cosimo I, Giovanni de’ Medici, who was elected Pope with the name of Leo X: during his pontificate he maintained good relations with the King of Kongo, Alfonso I who petitioned the Vatican to designate a Kongo bishop; Leo X appointed Alfonso’s son Enrique the first bishop from sub-Saharan Africa in 1518 and he received priestly ordination in Portugal on the 1st December 1520: the Oliphants may have been a gift as a sign of respect to Leo X by the Kongo state trought the Portoguese because it cannot be excluded that the Congolese Ambassadors, who likely brought the gift, were part of the large mission led by the Portuguese Tristão de Cunha to Rome in 1514.” 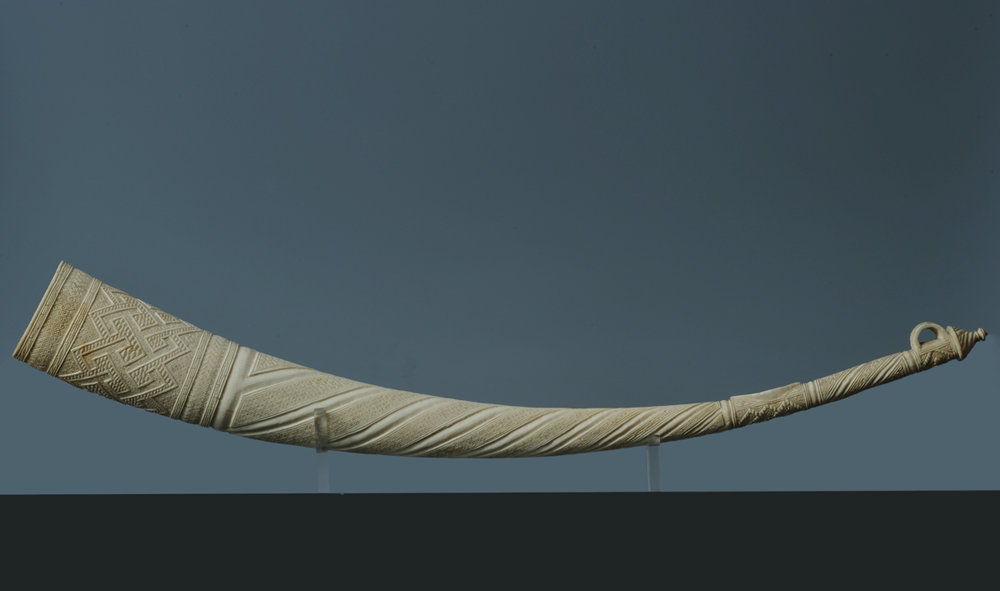