“The idea for the project came to me when I found an old map of Albania dating to the period when the country was under Italian occupation: it probably belonged to my grandfather, who was stationed in the Balkans during WWII. The map marked cities and places with lines and dots, indicating an invasion, an attempt to control and dominate. Today each dot is a void, echoing both a personal and collective amnesia: my family lost all the information about the map, as Italy denies (and ignores) its colonial and imperialist past, especially in the Balkans. The project is an attempt to reactivate those war-paths from a different perspective: I embarked upon a meticulous web of journeys, as far as possible faithful to the original map, my intention being not to decode those dots-voids, which would be the duty of an historian, but to get lost. In my hands, the map, originally a tool of control over people and geographies, turned into a paradoxical opportunity to lay myself open to uncontrolled events. But I never got completely lost, even though I was traveling alone in remote areas of a foreign country, following an outdated map. I was a foreigner, but I never felt like a stranger. An uncanny sense of familiarity never abandoned me, and I was actually trapped in different layers of familiarity: lying above the colonial substrate is the current widespread knowledge, among Albanians, of the Italian language, and their acquaintance with Italian pop culture. The source of this intimacy dates to the late communist era, when the Albanians started to build illegal homemade antennas in order to tune in to the Italian TV signal. Indeed, the antenna was a relational device, created in order to reach the other. But at the same time it generated hallucinated desires that could not possibly be fulfilled: through Italian television the Albanians idealized the simulacra of capitalist society, in what was a yearning for a false promise. In the present era of global communication, these homemade aerials are useless (almost all of them have been sold and melted down to obtain fresh metals), and Italy no longer monopolizes the Albanians’ collective desires. But the antennas live on in people’s memory, and the fossil of the Italian electromagnetic TV signal still flows in the skies between the two countries – while under the Albanian soil the dormant ruins of modernist failures are waiting for diggers to tear them apart, to be finally fused together again.” (L.C.) 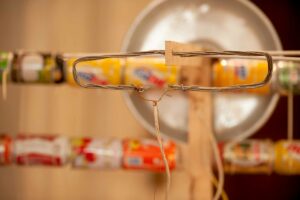 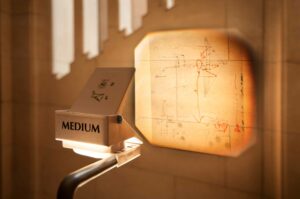 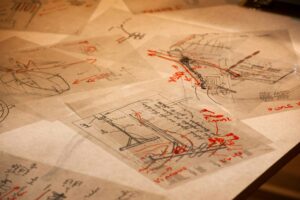