The result of ten years of collecting seeds and stories has taken shape as an experimental garden at Manifesta 12, where migrating varieties cohabit and are acclimated, set in the Botanical Garden in Palermo. Inspired by the fundamentally hybrid genealogy of Sicilian plants and vegetables, the artist has built a bower in the former colonial section of the Botanical Garden, which was once dedicated to acclimation experiments run on species brought from the colonies. The construction of a hybrid bower upends the historic significance of this space: acclimation is no longer imposed as part of a power-based relationship, but is a natural process. Here, the cucuzza (a snakelike summer squash essential to Sicilian home cooking) grows alongside its Bengali, Sri Lankan, Philippine, Turkish, and Chinese counterparts. A sort of cabinet of curiosities has been set up in the Gymnasium, the result of the fieldwork Contini has done on foreign farming practices over recent years. 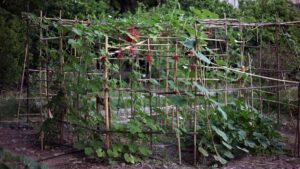 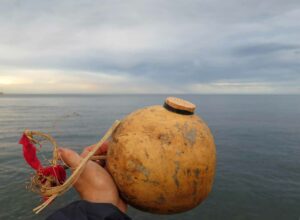