In his will, Giorgio La Pira (1904 – 1977) appointed the Convent of San Marco as the universal heir in the person of the Provincial Father of the Dominican order to which the Convent belongs; at the same time, he appointed his testamentary executors as three of his closest collaborators: Pino Arpioni, Fioretta Mazzei and Antinesca Tilli. On the initiative of the testamentary executors and the universal heir, in January 1978, a few months after the death of La Pira, an association that aimed to promote the creation of a Foundation was established. The purpose of the Association (and of the founding Foundation) was the promotion of cultural and social initiatives in the name of Prof. Giorgio La Pira to pass on knowledge and action at national and international level, to preserve, and to use for scientific and cultural purposes. In the archive and the library of Prof. Giorgio La Pira, located in the archive of the Giorgio La Pira Foundation, there is a rich documentation concerning the relationship between Giorgio La Pira and various Africans, e.g. African students in Florence, and a sincere correspondence between Léopold Sédar Senghor and La Pira, which is documented by Mariagrazia Orlandi’s book Costruire la terra. Life Adventures Giorgio La Pira – Léopold Sédar Senghor (Anscarichae Domus, 2005), from which we quote the following:

“Senghor and La Pira can, without a doubt be defined as men of dialogue, understood as an instrument to know oneself and participate, then, to engage others. Moreover, being characters who have drawn upon the universal, their words possess eternal validity. Senghor was a great poet, a poet who knew how to bring Africa, the mother of the continents, to the rest of the world. Africa, and not just Senegal, because he was concerned with creating broader relations between African states, in fact he believed that development should take place concentrically. It was Senghor, who started to put Senegal on a democratic path and all this in a peaceful way. So, for a while, talking about Senegal also meant talking about Africa, Negritude, thanks to this particular President, who had put poetry at the service of politics. The same man who, at the beginning of the 60s, from Florence, to where he had been invited by his friend La Pira, launched the magnificent message of peace to the world, where he states, among other things, that Africa is open to every current, every hope. A president, however, who previously had also been a soldier, living in the forefront of the tragic experience of the Second World War. The black intellectual who, in the charming Paris of the early twentieth century, acquires even greater awareness of his Africaness, thus finding those abstract words, hitherto unknown, that materialize certain ideas and help, giving completeness and sense of perfection, to reproduce the colors, the sounds and the great mysteries of Black Africa. Like La Pira, Senghor also crosses the century as a protagonist, always being a weaver of songs, a person who was looking for himself and who wanted to find this in others.

Here is the great point of contact that gave rise to an extraordinary and productive friendship; since La Pira was also a tireless bridge builder. A brave man who, in the difficult years of the cold war, managed to bring people together to bring nations together. With him Florence returned to the world scene, in the most beautiful, luminous and friendly way. Florence, the queen of peaceful cities. A person of intense humanity, capable of important gestures (numerous meetings with the great of the earth); and among the great gestures I like to point out the initiative of distributing hot milk early in the morning at the station, for the workers. In the austere years of post-war reconstruction, this was also a significant sign. A man who wanted to spread hope, his motto was to hoping against every hope. A jurist who has risked, since the years of Fascism, in first person for his own ideals and who took an active part in the drafting of the Constitutional Charter, at the advent of the Republic.

If it is true, as it is true, that words are stones, it is fundamental to remember that with stones you can build but you can also destroy them, you can do good and you can do harm. Senghor and La Pira make sense even today, they are builders of peace and weavers of hope, able to give anyone who stops to listen to them, an incentive to live on, and live better “. 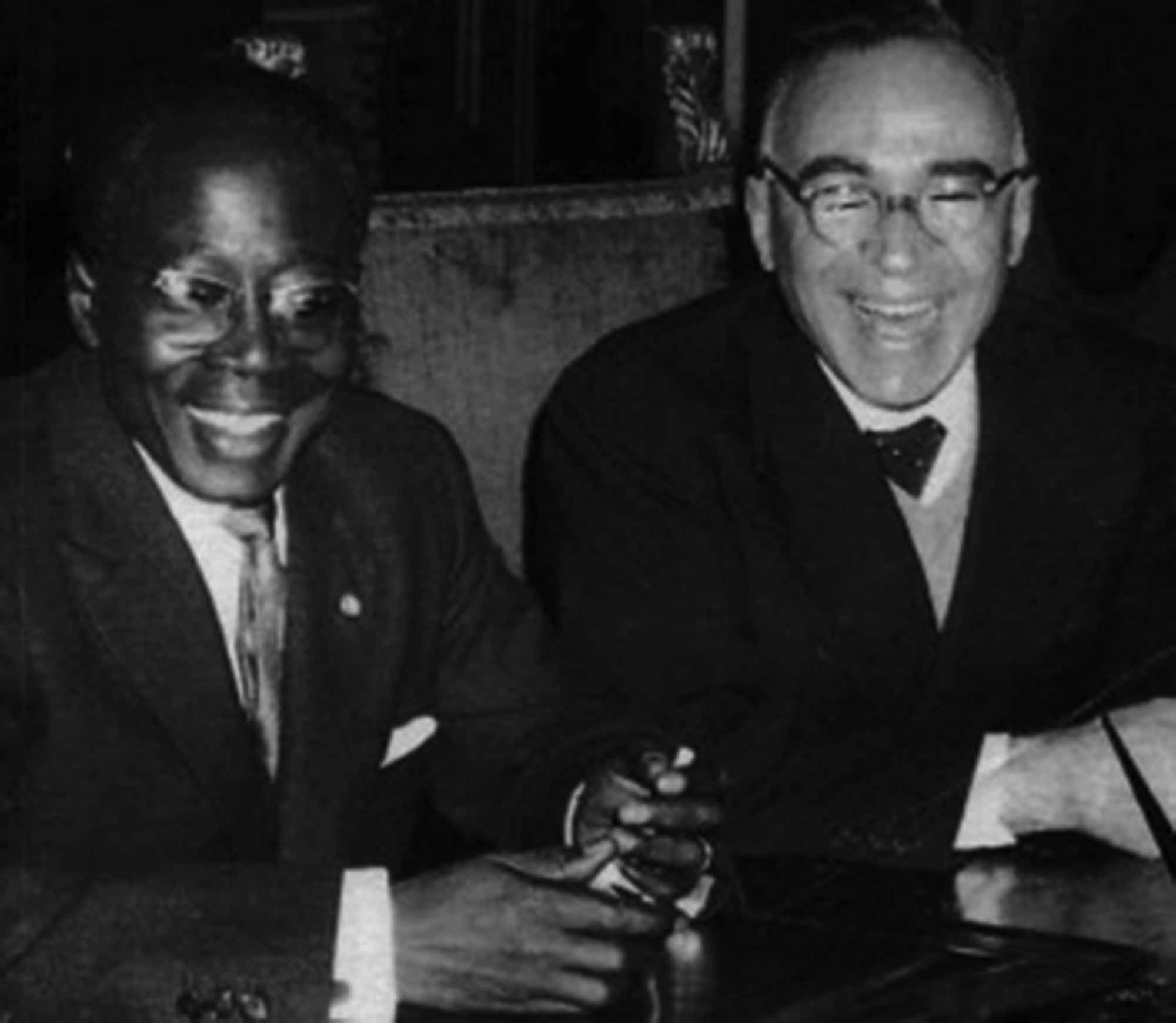 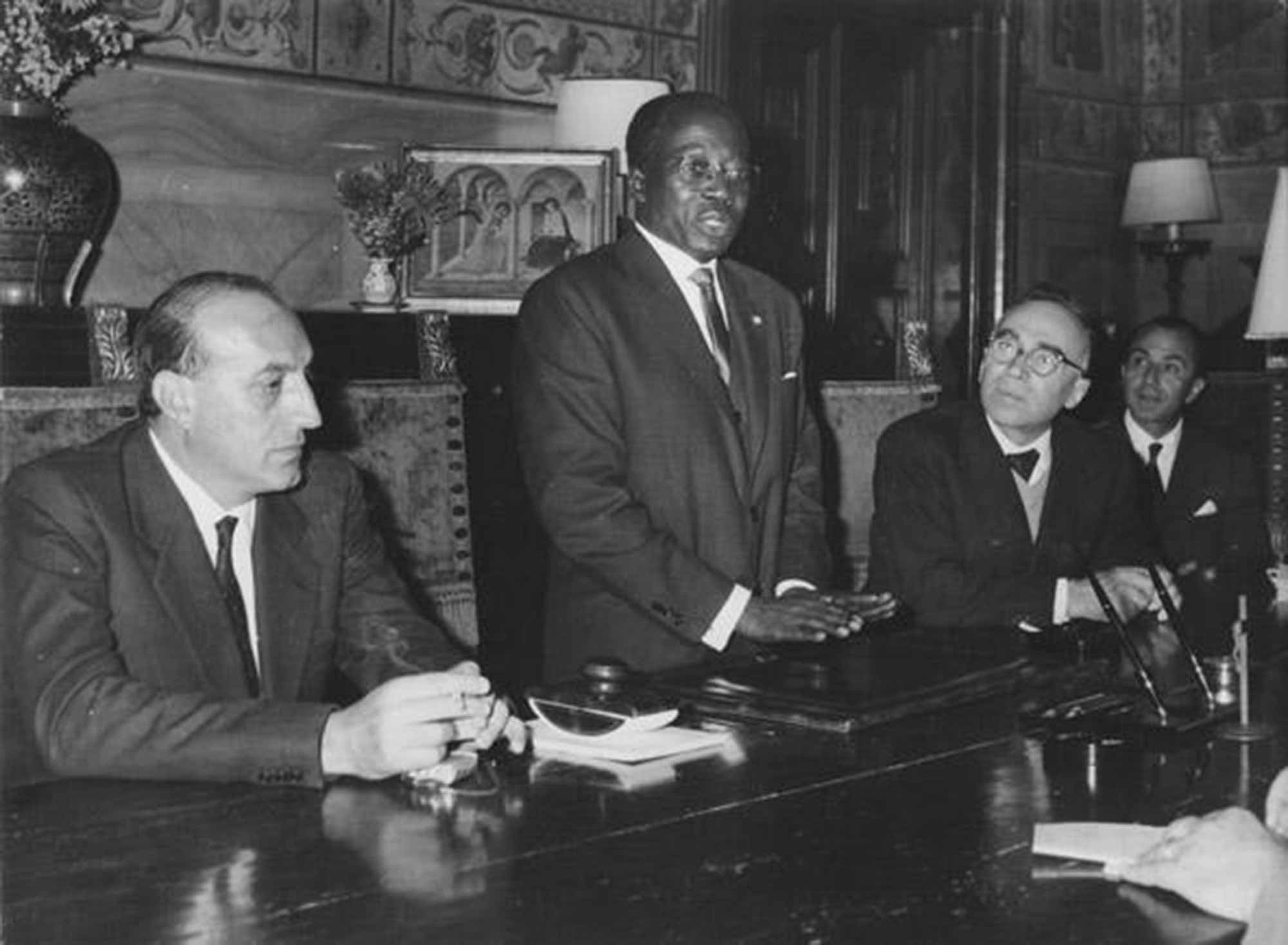